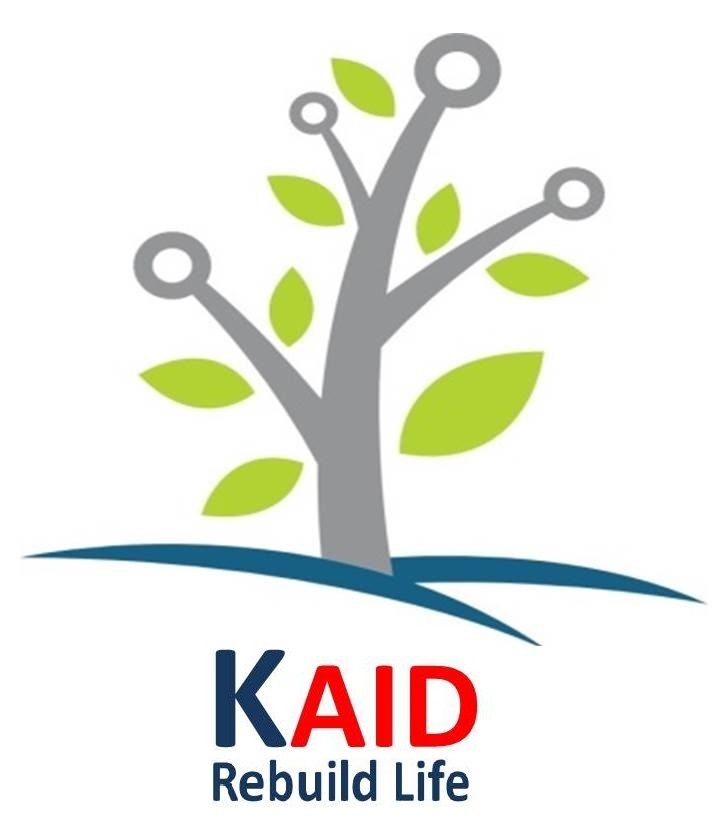 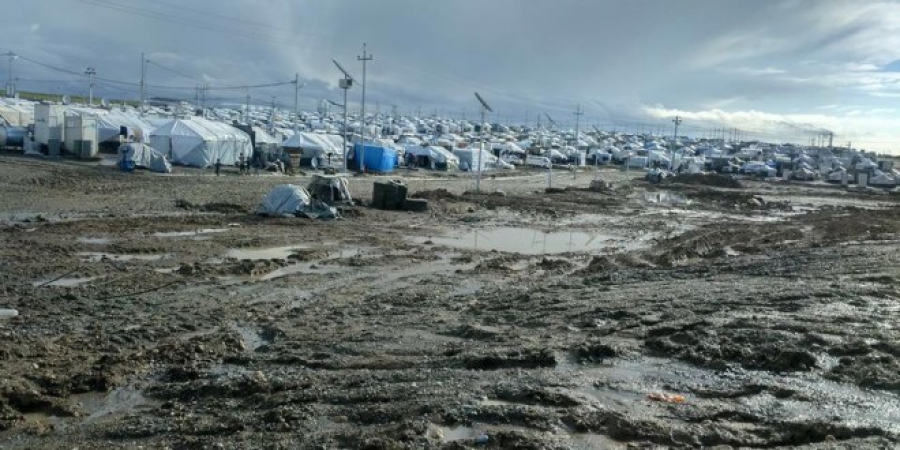 Despite the extensive damage to the city (estimated to be around 80%), Kobane has had a steady stream of people return to the canton from neighbouring countries such as Turkey. Currently, over 200,000 people, from a total population of 400,000, have returned home, and each week a steady flow of 1,500-3,000 people return into Kobane canton. This is partly a result of the terrible conditions in the camps in neighbouring countries such as Turkey. yet this is also a result of the ongoing and visible nature of the reconstruction process in Kobane which has encouraged trust within the displaced people to return to their community.

However, there are many problems and challenges faced by the canton in its capacity to provide help and support to the returning people both in the city and in the surrounding provinces.

The continuing presence of Daesh (ISIS) in the outlaying provinces, the placement of booby traps and mines in dozens of villages as a form of ongoing terrorism of the people of Kobane, the capture, ongoing imprisonment or martyrdom of many males and heads of households in the outlying villages means that there are many vulnerable families who cannot return to their homes, lands and farms. At the same time there is a large group of people whose homes have been completely destroyed in Kobane and who do not have the financial means and capacity to rebuild it. There are also many families whose homes have fallen into what we call the ‘Kobane Museum” which is an area of destroyed buildings in the centre of the city designated as a public space and a symbolic reminder of the resistance in Kobane.

Consequently the Mishtanur Camp was established in March 2015. The camp currently houses 5000 people, consisting of roughly 800 families, with the numbers growing weekly.

Due to the ongoing closure of the border between Turkey-Rojava and especially Kobane it has become extremely difficult to provide aid and support to the camp as aid supplies sent by international NGOs have been stopped on the border and prevented deliberately from crossing over. On a wider scale, due to the prevention of crossing of essential rebuilding materials such as cement, metal, glass and other reconstruction materials the rebuilding process has slowed down significantly in Kobane, which means that the camp will continue to operate until essential projects are finished to house the displaced people.

As a form of compensation to the families affected, such as those whose homes falls within the Museum area, the Kobane Reconstruction Board produced a project called the “New Neighbourhood Project” in which 1500 homes will be built to house the people made most vulnerable and affected by the war. The project has commenced and is several months into the production date. However, the progress is entirely dependent on construction materials and items being imported into Kobane from Turkey. The proximity of the Turkey-Kobane border, the distance from Cezire canton as well as the lack of materials, equipment and machinery in Cezire means that the community is heavily reliant on the transfer of goods, materials and aid from Turkey into Kobane. For this reason, international attention and solidarity is urgently required to raise awareness of the lack of a humanitarian corridor into Kobane and the deliberate efforts by the Turkish authorities to prevent the crossover of essential and lifesaving aid and equipment.

There are a number of other urgent needs that require attention, including fuel to run the existing machinery, cars, electricity generators and other necessary equipment to keep the camp running. Food, medicine, winter supplies, women’s hygiene materials and clothes remain other essential needs.

The organisation Heyva Sor  a Kurd (Kurdish red crescent) has established a medical point in the camp and daily provides medical help and support to 30-40 people in the camp. However, the organisation is heavily affected by the lack of medicine, equipment and supplies coming into Kobane itself. Heyv a Sor a Kurd is in urgent need of vaccination for children for instance as well as other basic medicines. The outbreak of Tuberculosis and other dangerous and fatal diseases such as leishmaniosis and the lack of medicine to address these diseases means that the community is left in an even more precarious situation.

Despite these difficulties extensive efforts have been made, within the boundaries of the limited capacity of the canton, by the Kobane Reconstruction Board and the Kobane Municipality to provide the camp with urgent needs such as winter supplies, through the ongoing support of the Kurdish municipalities of Amed and Suruc in Turkey. It should be noted that there are many families who currently live in the city of Kobane and surrounding villages who are in fact in much worse condition than in the camp. The camp has managed to receive limited supplies and aid but for many families, especially those lacking a head of household there is extremely little help and support. The canton has made efforts to provide free fuel during the winter period, and other programs such as subsidised bread, free wheat, rye and other seeds for the planting season to the farmers, free sheep and goats numbering 1300 to the poorest families to provide them with a means of encouraging them to be financially self-reliant. Another essential project has been the urgent building of two large bakeries and a grain silo to provide bread to the outlying villages and peoples. However, considering the extensive physical damage to the canton as a result of the war, the traumas experienced by the community emotionally, physically and psychologically and the scope of the number of people affected much more support and aid is required to the most vulnerable segments of the community.

Regardless of the ongoing challenges and dangers thousands have chosen to return to their home and have actively rejected becoming refugees. Thousands more choose to live in the Mishtanur camp during the harsh winter period rather than become refugees in the west. Our ideological aspirations are to encourage the return of people and to have them involved actively in the rebuilding of their community, to own the reconstruction process and to use the skills and knowledge from our people to rebuild a new ecologically sound, gender liberated and democratic society. The absence of international support in this regard, the border issue with Turkey also makes this process all that more urgent and essential.

Just as we reject the refugee and victim mentality here in Kobane, we continue to remain ever hopeful and vigorously invest in our own collective capacity to rebuild despite isolation, despite a humanitarian embargo and despite the ongoing international silence and lack of support for the rebuilding of our community. Our deep and ongoing commitment to the physical rebuilding of our community is a political message to those who aspire to break the spirit of our revolution: Our resilience, our capacity to believe in a better society, and the spirit of our martyrs and their sacrifices bound us in an unbreakable spirit of solidarity and unwavering commitment.